Normally, our vision is limited to a very small portion of the electromagnetic spectrum. Thermal energy has a much longer wavelength than visible light. So long, in fact, that the human eye can't even see it, just like we can't see radio waves.

With thermal imaging, the portion of the spectrum we perceive is dramatically expanded, helping us "see" and "measure" thermal energy emitted from an object. Unlike visible light, in the infrared world, everything with a temperature above absolute zero emits heat. Even very cold objects, like ice cubes, emit infrared. And visible light doesn't affect the thermal world, so you can see equally well in highly lit and totally dark environments. 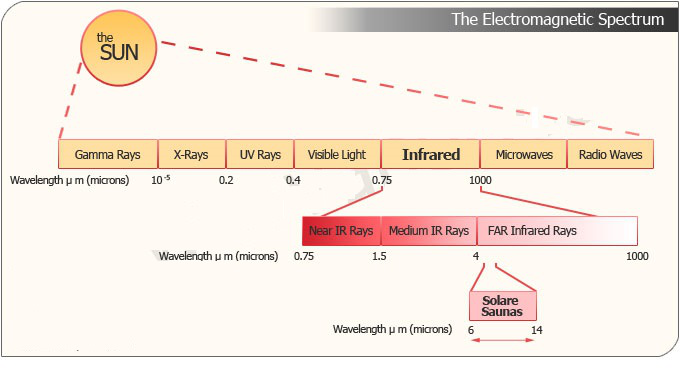 The technology advance from a single-element detector to a multielement focal-plane array (FPA)-which resembles the charge-coupled-device (CCD) chip in a conventional digital camera-has enabled camera designers to remove the complex mechanical scanning systems of moving mirrors, prisms, and polygons of the earlier single-element detector designs that were used to create a two-dimensional image. However, unlike the visible-light CCD, IR FPAs respond to heat rather than light, and are constrained by the need to insulate each element in the FPA from its neighbor, and by the fact that the very energy falling onto each element affects its performance (see Fig. 1).

As the heat from adjacent electronics or the temperature of the case varies, or as the heat from the target in view itself varies, the detector gain and level values will intrinsically drift away from stability and cause nonuniformity in the image. Even worse, these heat sources cause noise that increases with time. To correct the nonuniformity, a mechanically operated calibration shutter mounted immediately in front of the detector is raised-like a flag or wink-into position in front of the detector to block off all incoming energy from the target and allow the detector to be recalibrated against a fixed source. This recalibration is required at intervals varying from a few seconds to a few minutes, depending on the factors that cause detector drift at any time.

Manufacturers of infrared detectors have tried to reduce the amount of detector drift by stabilizing detector temperature with either a thermoelectric (Peltier effect) heater/cooler or a microrefrigerator finger mounted directly onto the detector. However, both these mechanisms offer only a partial solution within narrow operating conditions and with high consumption of the all-important power budget of the imaging system.
Until recently, a significant and seemingly impossible goal remained for all those involved in the thermal-imaging industry: eliminating the need for the one essential moving component of an IR camera-the shutter. Since the dawn of solid-state FPA-based thermal imaging, shutterless operation has been considered the “holy grail” of the industry.

Current-generation FPA-based cameras require frequent shuttered calibration and blanking off of the incoming signal with the “shutter” or “flag” to render the observer “blind” to the scene for several seconds at a time. In critical situations such as target tracking, on-line machine vision, head-up displays, or weapon-based applications this complete obstruction to vision can be inconvenient and at worst, fatal. This shuttered or blinkered approach-though quite effective-has several obvious and major problems associated with it.

First, when the shutter closes for the detector to calibrate, the user can see nothing. Second, this calibration process can take up to several seconds and can happen frequently, depending on the camera and its operating environment. In situations in which the user needs to see to survive (such as when operating a vehicle or seeing hostile personnel in complete darkness), shuttered operation is unacceptable. But because the industry believed that a shutter was unavoidable, the compromise of regular loss of vision had been accepted as part of the technology.

With the escalation of global military activity in the war against terror, improved night-vision solutions are being sought to assist the forces. To work reliably in combat conditions, all equipment must be ruggedized and durable. In addition, the elimination of any unnecessary moving parts reduces unreliability and fatigue over time. Not only does removal of the shutter reduce these negatives, but overall system weight is reduced and the unit requires less power-important factors in the increasing use of smart unmanned aerial vehicles, in which size, weight, and power consumption are critical. Another issue is the actual acoustic noise associated with opening and closing the shutter, a problem that can “make or break” covert or undercover missions.

To address these requirements, iTherml Systems launched the first silicon-based FPA thermal-imaging camera with its shutterless proprietary Shutterless technology (see Fig. 2). The SmartCor is an ultra-compact IR camera with “Never Blind” thermal imaging (see Fig. 3). The camera is designed without a shutter or any moving parts and is unaffected by shock or vibration. 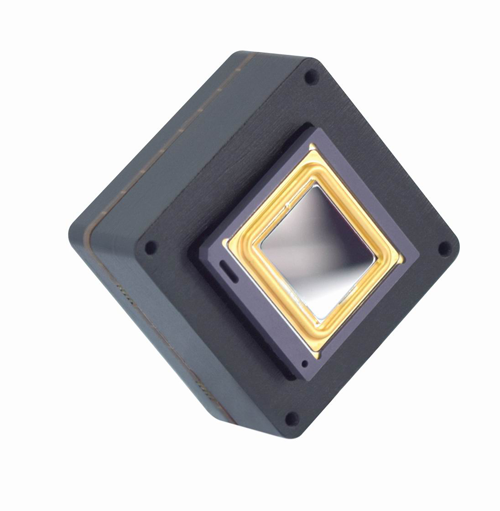 The first step in this innovation came from an earlier camera that introduced an amorphous-silicon detector, which eliminated the thermoelectric heater-cooler or microrefrigeration from the device, allowing the detector to drift freely from a stabilized or fixed operating temperature. Thermoelectric (T/E) heater-coolers can only stabilize the detector over a relatively narrow operating ambient, and the wider the ambient control required, the more power is consumed. Accordingly, detectors only maintain their quoted performance within the controlled temperature range of the detector and once the detector starts to move away from its control point, picture quality and performance suffer while still consuming maximum power. The amorphous-silicon technology, however, has three immediate benefits: instantaneous operation, reduced power consumption, and reduced cost.

What is difference between Passive & Active thermography?

All objects above the absolute zero temperature (0 K) emit infrared radiation. Hence, an excellent way to measure thermal variations is to use an infrared vision device, usually a focal plane array (FPA) infrared camera capable of detecting radiation in the mid (3 to 5 μm) and long (7 to 14 μm) wave infrared bands, denoted as MWIR and LWIR, corresponding to two of the high transmittance infrared windows. Abnormal temperature profiles at the surface of an object are an indication of a potential problem.

In passive thermography, the features of interest are naturally at a higher or lower temperature than the background. Passive thermography has many applications such as surveillance of people on a scene and medical diagnosis (specifically thermology).

In active thermography, an energy source is required to produce a thermal contrast between the feature of interest and the background. The active approach is necessary in many cases given that the inspected parts are usually in equilibrium with the surroundings.

Imaging results with (top) and without (bottom) active-infrared.

Active illumination couples imaging intensification technology with an active source of illumination in the near infrared (NIR) or shortwave infrared (SWIR) band. Examples of such technologies include low light cameras.
Active infrared night-vision combines infrared illumination of spectral range 700–1,000 nm (just below the visible spectrum of the human eye) with CCD cameras sensitive to this light. The resulting scene, which is apparently dark to a human observer, appears as a monochrome image on a normal display device. Because active infrared night-vision systems can incorporate illuminators that produce high levels of infrared light, the resulting images are typically higher resolution than other night-vision technologies. Active infrared night vision is now commonly found in commercial, residential and government security applications, where it enables effective night time imaging under low-light conditions. However, since active infrared light can be detected by night-vision goggles, there can be a risk of giving away position in tactical military operations.

Laser range gated imaging is another form of active night vision which utilizes a high powered pulsed light source for illumination and imaging. Range gating is a technique which controls the laser pulses in conjunction with the shutter speed of the camera's detectors. Gated imaging technology can be divided into single shot, where the detector captures the image from a single light pulse, and multi-shot, where the detector integrates the light pulses from multiple shots to form an image. One of the key advantages of this technique is the ability to perform target recognition rather than mere detection, as is the case with thermal imaging.